EDEN Empire, a US-based cannabis company, has opened its first branded store in East Vancouver via an arm’s-length third party. Located on Fraser Street, the store was open to the public at the end of July. The store represents the brand’s second store in all of Canada, the first being in Winnipeg.

According to EDEN, the store has found a nice spot in a primarily residential area with lots of street parking and is steps away from a busy bus stop and other more adult-focused establishments. 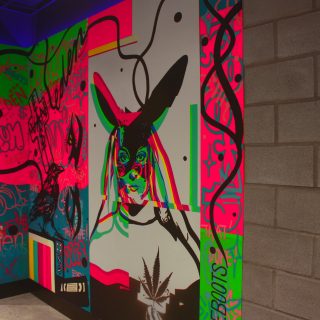 “The launch of the first EDEN branded location in Vancouver signifies a momentous moment for EDEN. The agreement creates great exposure for EDEN and shows the power behind the EDEN brand and its rigorous client services,” said Gerry Trapasso, CEO and Director of EDEN Empire. “Our company has worked tirelessly to create relationships with vendors in an otherwise very difficult market to enter which allows for successful agreements to operate. We are confident that the launch of EDEN’s street-style brand in the East-Van market will give the local neighbourhood something to talk about.”

According to its website, EDEN is in “the business of investments and operations” in the cannabis sector and hopes to not only expand its retail brand in Canada, but

also expand into cultivation, extraction, and processing to become a fully vertically integrated cannabis product company in the US.