As the legal cannabis industry in Canada continues to grow and mature, most retailers are applying themselves, endeavouring on a never-ending quest to optimize their businesses and increase the performance of their stores.

But, given the complexities involved in running a successful retail cannabis operation, combined with the many regulations and bylaws that need to be abided by within each province, achieving success can be daunting, despite the size of the business or the amounts of resources that they have at their disposal. For independently-owned and operated establishments, however, it’s a goal that can prove to be impossible to realize.

In light of the challenges that are inherent in running a successful retail cannabis operation and the help that most independent cannabis retailers are in need of, the Independent Retail Cannabis Collective (IRCC) was recently founded. Represented by a nationwide initiative, the IRCC was developed in order to assist independently-owned and operated cannabis retailers by providing access to important revenue opportunities, and ways to enhance their professional development and education to facilitate and nurture overall business health and growth. And, according to Nathan Mison, Co-Founder & Chair of the IRCC, the formation of the Collective also represents massive networking opportunities for independent cannabis retailers to learn from one another and trade tips concerning innovation, the use of technology, customer service, merchandising, or anything else that might elevate their store’s performance. 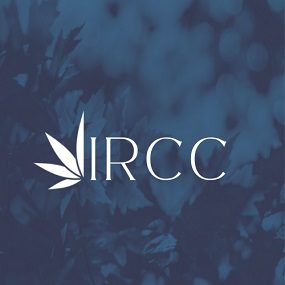 “The Independent Retail Cannabis Collective was created to provide independent retailers with new possibilities that increase sustainability, viability and profitability. We are pleased to offer a new platform for independent retailers to share business intelligence relating to products they choose to sell in their locations at their discretion,” he explains. “We acknowledge a vast majority of retail locations are owned and operated independently and our Advisory Board members represent the diversity of the industry. Our purpose is to level the playing field between independent retailers and larger organizations. We will advocate for changes that will allow us to be seen, heard and supported.”

The IRCC estimates that somewhere in the range of 80% of cannabis retail locations are owned and operated independently, resulting in a massive yet fragmented contribution to the industry and the communities across Canada in which they serve. By providing a centralized hub for independent cannabis retailers throughout the country to band together, the IRCC has erected a platform on which there is the potential for strength in numbers. And, what’s more, membership is free for all independent cannabis retailers that would like to join the Collective.

In addition to the provision of networking opportunities and the chance to unlock financial resources to aid and assist in revenue growth, the IRCC will also serve as a bridge between licensed producers and their retail members in order to facilitate relationships and a smarter and more efficient supply.

To join the Collective or to learn more about its services and offering, visit IRCCollective.com or contact Christina Michael at christina@irccollective.com.