Ontario’s Liberal Party believes cannabis store numbers in the province have gotten out of control. So much so that they have promised to reduce the number of cannabis shops greatly if elected.

Ontario is the country’s biggest provincial market and recent retail outlet figures show exactly why. “The Land of a Thousand Lakes” could now become the land of 2,000 cannabis stores according to new data from the Alcohol and Gaming Commission of Ontario (AGCO).

As of May 6 there are currently 1,540 cannabis shops operating and open for business in Ontario with another 460 active store authorization applications being considered. If all of the pending applications are given approval the provincial cannabis market would swell to 2,000 locations.

This head-spinning amount only serves to reinforce concerns that this explosion of retailers may cause numerous stores to shut their doors this year. Research by the AGCO — Ontario’s cannabis retail regulator — reveals that in Toronto alone nearly 400 cannabis shops are already open or have been authorized to do so. It is Ontario’s capital that appears to be the worst hit by shops clusters with as many as six cannabis shops seen on any one street.

With only minimal provincial restrictions on cannabis store density currently in place, 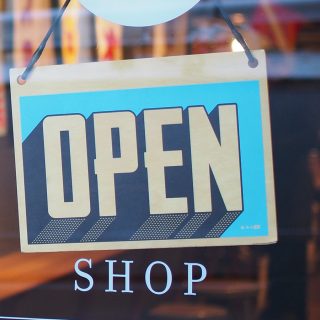 Liberals say they would implement a minimum distance of 150 metres between cannabis shops. The chosen distance mirrors the minimum of 150 metres cannabis retailers must keep between their business and schools, something that is already mandated in Ontario.

The Liberals — currently led in Ontario by Steven Del Duca — are keen to introduce this law because they believe small businesses are being crowded out by clusters of cannabis stores in downtowns across Ontario. However, it’s not all one-way traffic as dozens of Ontario cannabis stores are currently up for sale which validates the warnings that the cannabis retail sector in certain areas of the country may be on the brink of a minor collapse.