After a flurry of new store openings over the past four years, the Canadian cannabis industry seems to be stabilizing as a maturing crop of established purveyors begin to set standards and benchmarks to be followed going forward, ready to take the next step toward continued growth and success.

In doing so, many are beginning to prepare to enter lease renegotiations with their landlords to secure their locations for the years to come. However, as Stephen Verbeek, President and CEO of Hello Cannabis, points out, they’re going to want to do so with the intention of getting a much better deal than they originally entered into.

“When the lotteries happened, [in Ontario] there was an absolute frenzy for locations that followed,” he says. “As a result, many landlords were extremely aggressive during negotiations. Many cannabis retailers ended up paying a super-premium that’s referred to within the industry as the ‘cannabis tax’ for their locations. But merchants that were selected within the first two rounds of store openings enjoyed a significant amount of market share at the time, so those costs were essentially acceptable. The problem is that the market became saturated within 18 months, and those leases run anywhere from two to 10 years. Today, the industry pie is much larger, but the market share for individuals operating a cannabis store has decreased significantly, yet they’re locked into very aggressive lease agreements.”

Hello Cannabis, which has been operating since 2016, originally as a medical dispensary, entered the recreational cannabis market by partnering with lottery winners from each of the first two rounds of openings, with its first location opening in Dundas, Ontario. Today, it operates five stores throughout the province, with locations in Sault Ste. Marie, Gravenhurst, Huntsville, and Hamilton, with another about to be unveiled in London. As a result, lease renegotiations are an aspect of the business that Hello Cannabis has become very familiar with. It’s an aspect that Verbeek suggests will be critically important for cannabis retailers over the near-term, adding that it will be equally important to prepare themselves by developing an acute understanding of the value of their operations.

Cannabis stores as tenants has not provided them with the ‘green rush’ that they were expecting.

“Negotiating lease terms is one of the most important decisions that any business can make,” he asserts. “And, tragically, a lot of people entered the cannabis market with very little experience or sophistication related to actually running a corporation, underestimating how difficult it is to build and run a successful business. Landlords have been predatory when it comes to these agreements. However, some of them are beginning to realize that having cannabis stores as tenants has not provided them with the ‘green rush’ that they were expecting, and that they aren’t exactly in the same position of strength anymore. As a result, cannabis retailers have to assess what the value of their store is and whether or not they can be easily replaced by the landlord. Calculate sales and figure out what variable costs are required to run the business in order to determine if the lease can be covered for the foreseeable future. And, merchants should approach renegotiation practically, finding ways in which the landlord can take on some of the risk as well, because if they can’t replace you, they’re going to be losing a lot of money.”

Part of the risk that Verbeek refers to can be applied to leasehold improvements that can be included in the lease, with payments for these upgrades spread evenly throughout the year in order to lessen the financial strain on the retailer. Improvements can include alterations and modifications to the store’s exterior, interior, lighting, or anything else that serves to benefit and meet the needs of the tenant. After all, explains Verbeek, they are improvements that will benefit landlords in the end, too. To support this part of the renegotiation, he says that frequent and constant communication between the landlord and tenant is essential.

“Communication with landlords and developing a strong, mutually beneficial relationship with them is critical to the success of any business,” he says. “They’re in the position, and often have the legal authority, to turn a retailer’s life upside-down. So, clear and honest communication and the development of a transparent and positive partnership often goes a long way with landlords who, for the most part, are good people who are receptive to this type of approach and are willing to make the necessary investments in their tenants. Some won’t budge and will try to bully their tenants. However, there are many who are accommodating and want to do everything they can to support their success. It’s up to the retailer to forge these relationships themselves.”

As the industry starts to stabilize, cannabis retailers are looking ahead, strategizing their growth and next steps. It’s an exciting time, admits Verbeek, as Hello Cannabis and others move forward, clearing a path for future retailers to follow. And as they do, they continue to increase the credibility and legitimacy of the cannabis industry in Canada. 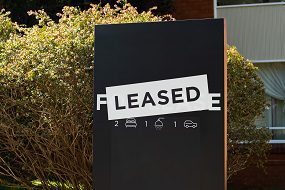 “When stores first opened, some landlords tried to leverage the negative stigma that’s often attached to the use and sale of cannabis to drive aggressive agreements for their commercial locations. And, it seems that a lot of people bought their excuses. However, the retail skills and expertise that are required to build and operate a successful cannabis store are no different from any other retail operation. And, as more and more cannabis retailers continue to innovate and meet the needs of their consumers, an understanding concerning the seriousness of the industry and its players grows, shifting the balance of leverage, creating greater equilibrium within the relationship between landlord and tenant, resulting in more favourable lease renegotiation discussions.”